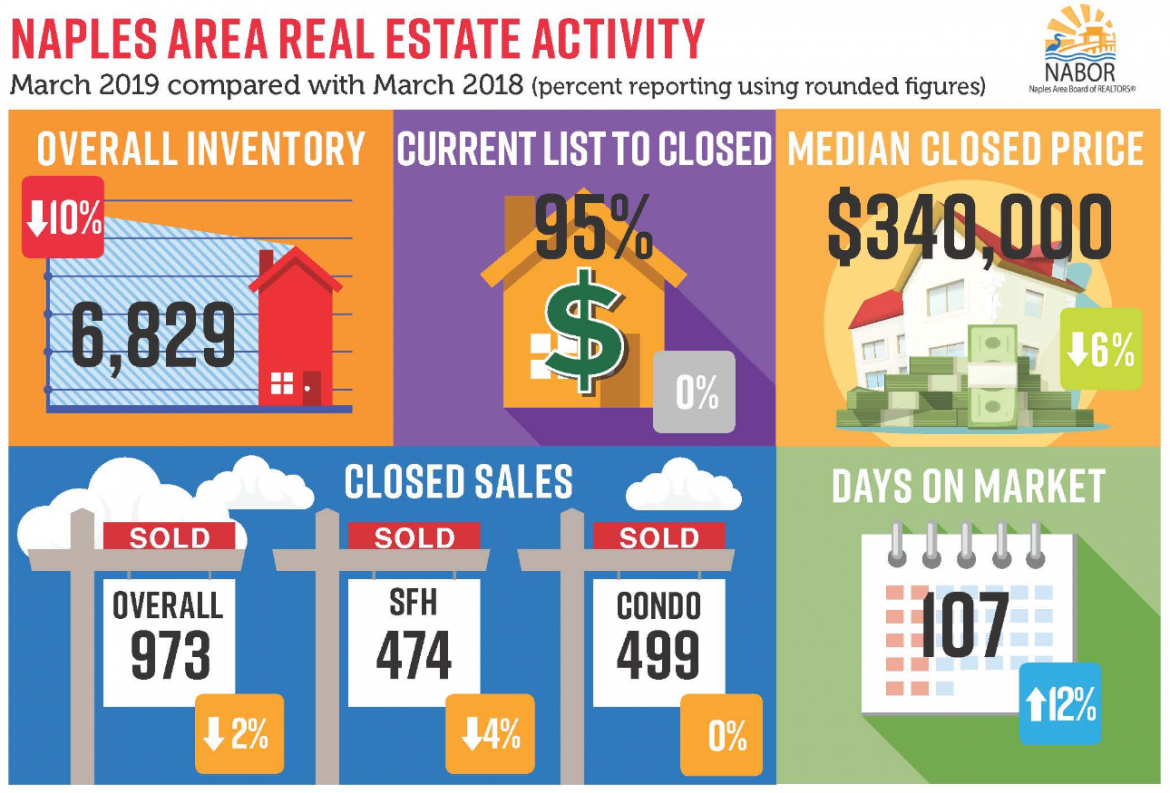 Naples, Fla. (April 18, 2019) – According to the March 2019 Market Report released by the Naples Area Board of REALTORS® (NABOR®), which tracks home listings and sales within Collier County (excluding Marco Island), the median closed price of homes decreased 5.6 percent to $340,000 in March 2019 from $360,000 in March 2018. Broker analysts reviewing the report clarified that the median closed price decrease was due, in part, to an increase in the number of closed sales of homes priced under $500,000 during the last year.

“Sales activity in the first two months of the quarter was down compared to last year, but the March report showed a sales resurgence which I think will continue into April,” said Budge Huskey, President, Premier Sotheby’s International Realty. “Once a seller finds their realistic list price, the home tends to sell. The proof is in the report, which showed that sellers received 95.3 percent of the final list price in March.”

Many brokers have reported an increase in contracts (pending sales) during March, which they feel contributed to the 10 percent decrease in overall inventory for March. It is important to remember that inventory during the first quarter of 2018 included many homes that were put back on the market after having been taken off the market for repairs following Hurricane Irma during the last quarter of 2017. As such, the report showed 8.7 months of inventory for March 2019, down 11 percent compared to March 2018.

“When inventory was tight, there was more urgency to buy,” said Wes Kunkle, President and Managing Broker at Kunkle International Realty. “But so far this year buyers have been spending time looking around more and at new construction too.” Kunkle added that the Southwest Florida MLS showed “about 19 percent of the single-family closed sales in March were new construction.”

Brokers reviewing the March report also discussed their concern about how water quality issues and short-term rental limits might impact the Naples housing market moving forward. Adam Vellano, West Coast Sales Manager, BEX Realty – Florida, and a member of the NABOR® Water Quality Task Force, remarked that actions by the new Governor to fast-track many delayed water-quality projects, appoint a new South Florida Water Management Board, and request the Army Corps of Engineers modify Lake Okeechobee’s scheduled releases so there are fewer in the summer, is already being met with positive response.

“If the county puts limits on rentals we may see a spike in inventory,” said Mike Hughes, Vice President and General Manager for Downing-Frye Realty, Inc., who added that a limit would be bad news for a good portion of our seasonal residents and the homeowners and investors who benefit from a healthy rental market. Huskey responded that “a move to restrict rental lengths to the term suggested could significantly impact sales in some areas of unincorporated Collier County.” As it stands, his company already has an 85 percent rental reservation rate for next season which shows confidence in the market.

If you are looking to buy, sell or finance a home in the Naples Area, I would be more than happy to help!

Feel free to reach out anytime at (239) 287-8105 – send me an email at alex@naplesbuyersclub.com – or simply start a live chat with me here on this page by clicking the orange chat icon below.

The Naples Area Board of REALTORS® (NABOR®) is an established organization (Chartered in 1949) whose members have a positive and progressive impact on the Naples Community. NABOR® is a local board of REALTORS® and real estate professionals with a legacy of nearly 60 years serving 6,000 plus members. NABOR® is a member of the Florida Realtors and the National Association of REALTORS®, which is the largest association in the United States with more than 1.3 million members and over 1,400 local board of REALTORS® nationwide. NABOR® is structured to provide programs and services to its membership through various committees and the NABOR® Board of Directors, all of whose members are non-paid volunteers. The term REALTOR® is a registered collective membership mark which identifies a real estate professional who is a member of the National Association of REALTORS® and who subscribe to its strict Code of Ethics. 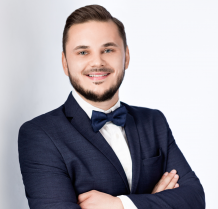 “Always taking an extra step towards HELPING my clients at the highest possible level.”